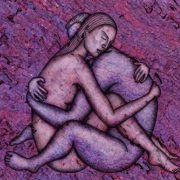 Mycoplasma genitalium is a sexually transmitted organism. The urogenital tract is the primary site of M. genitalium infection but asymptomatic rectal carriage is reported. M. genitalium is responsible for urethritis in men and for cervicitis, pelvic inflammatory disease, preterm birth and spontaneous abortion in women.

Ureaplasma urealyticum, Ureaplasma parvum (referred to hereafter as Ureaplasma spp.), and Mycoplasma hominis are microorganisms that reside, as commensals, in the lower urogenital tract but can be responsible for urogenital infections. M. hominis is an agent of endometritis and salpingitis in women, and Ureaplasma spp., mainly U. urealyticum, may be responsible for urethritis in men. These microorganisms can also be involved in reproductive disorders, neonatal infections, and extra-genital infections in immunocompromised patients.

Laboratory diagnosis of infections is based on direct methods either by culture or nucleic acid amplification tests (NAATs) according to the species and the type of specimen. Culture is well adapted to species like Ureaplasma spp. and M. hominis, which can be isolated easily and rapidly from urogenital specimens leading to quantitative results and allowing susceptibility testing from isolates. PCR can also be performed to increase the sensitivity of detection in specimens from extra-genital sites or from normally sterile body fluids or tissues. In contrast, culture is not adapted for the detection of the extremely fastidious M. genitalium species. The M. genitalium detection is only obtained by NAATs, using either in-house PCR or commercially available diagnostic tests.

Three families of antibiotics, tetracyclines, fluoroquinolones, and macrolides have potential activity against these bacteria.

Additionally, no vaccines are available for the prevention of human mycoplasma infections.